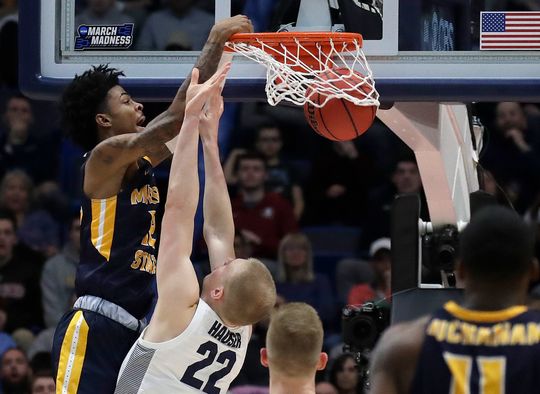 The NBA draft takes place on June 20, 2019 and will take place at the Barclays Center in Brooklyn, New York. The Draft Lottery takes place on May 14, 2019, where the teams that didn’t make the playoffs find out what pick they get in the Draft. This years Draft Lottery has different odds for the worst three teams in the league with all of them having a fourteen percent chance of getting the first pick, previously the worst team had a significantly higher chance of getting the number one pick at twenty-first percent. Tevon Tan (11) thinks the Suns will get the number one pick stating “The Suns will get Zion.” The Suns, Cavs, and Knicks all have a fourteen percent chance to get the number one pick.

The best players available on the Big Board is Zion Williamson, Ja Morant, R.J Barrett and then there are good but not potential superstars in De’Andre Hunter, Jarrett Culver, and Darius Garland. Micaiah Butts (11) thinks Zion is the best player stating “He can jump out of the gym and is so strong.” Duke could have potentially two of their former players selected with first two picks in R.J Barrett and Zion Williamson. Ziom has drawn comparisons to Blake Griffin, Julius Randle and Charles Barkley. Ryan Figueroa (11) thinks Zion can he the G.O.A.T stating “I have never seen anyone this strong or powerful at such a young age.” Ja Morant is compared to a Skinny John Wall, Donovan Mitchell, and Dennis Smith Jr. R.J Barrett is being compared to Jalen Rose, alpha Andrew Wiggins, Harrison Barnes, and Rudy Gay.

This years draft could be very reminiscent of 2003 when the Cavs drafted LeBron James and it changed their franchise for the next fourteen years, maybe Zion can do the same.