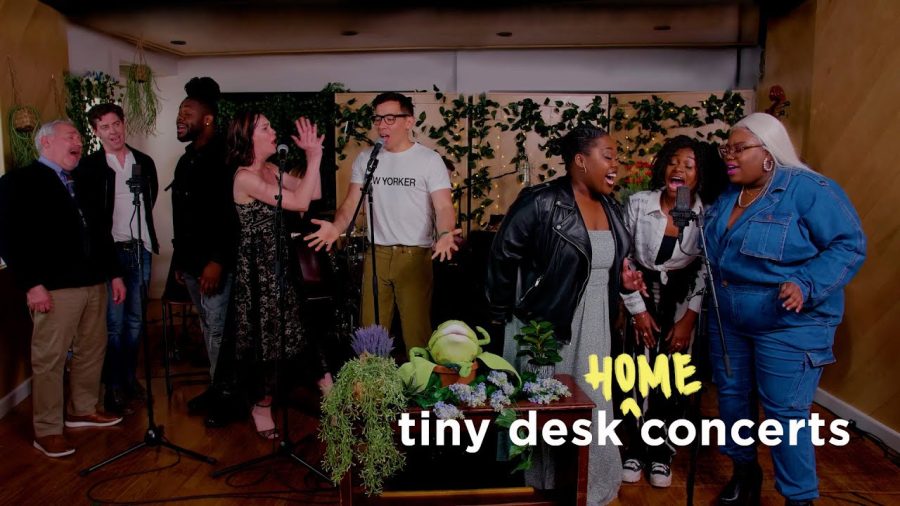 The Broadway show “LIttle Shop of Horrors” has officially been running for 40 years, and the cast of the off-broadway revival decided to celebrate this anniversary on Tiny Desk NPR. Along with the composer Alan Menkin, they perform songs from the soundtrack.

Over the course of the concert, Menkin tells short little stories about the process of writing the show with Lyricist Howard Ashman. For some of the songs like “Somewhere That’s Green,” the cast decided to switch it up and have Menken sing the song that’s traditionally sung by a woman.

This cast breathes life into this show, and shows why it’s been running for 40 years. The off-broadway revival is only running in New York right now, but to hear the cast sing most of the songs, you can check it out on TIny Desk’s website and YouTube.